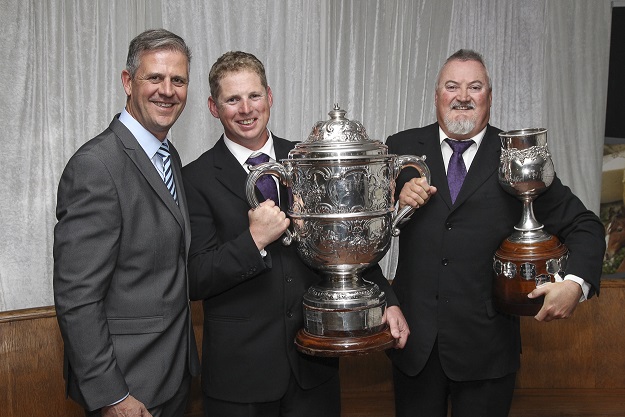 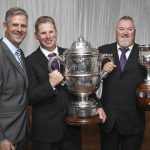 Namaqua Wines triumphed tonight (Friday, 25 August) at the 2017 SA Young Wine Awards and received five trophies. It was the 185th presentation of this Show, the oldest of its kind, and the 66th time that the coveted General Smuts Trophy was awarded to the overall winning wine of the year.

Production Manager Len Knoetze and his fine team of winemakers from Namaqua Wines clinched this competition’s two top trophies. Their wooded Red Blend of Ruby Cabernet/Carmenere/Merlot was crowned as the winner of the General Smuts Trophy as overall SA Champion young wine for 2017. Moreover, Namaqua also won the sought-after Pietman Hugo Trophy for the highest total points for their five best entries.

The outstanding wines of the 2017 vintage were announced at a glittering gala dinner evening presented by Worcester/Breedekloof at Goudini Spa.

The SA Young Wine Show dates back to 1833, when it was held for the first time by the Cape of Good Hope Agricultural Association (now Agri-Expo) in Rondebosch. Agri-Expo has over the years been the proud presenter of the show, every second year as headline sponsor and as co-sponsor in the other years.

If you need higher res images please contact me.

Stay in touch with SA Young Wine on social media: