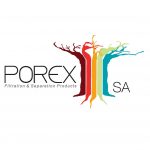 The SA Young Wine Show has received a major boost through a sponsorship of the winners of the two main trophies to visit Germany in November. This thanks to a new partnership between the competition organisers and Porex, a prominent Paarl-based supplier of machinery and oenology products to the wine industry.

The two respective winners of the General Smuts Trophy for the overall SA champion young wine and the Pietman Hugo Trophy for the highest points achieved with five entries (out of altogether 1 455) – namely Flagstone Wines from Somerset West and Badsberg Wine Cellar in Breedekloof (Worcester) – will thus be doing this six-day trip. It is foreseen that it will become an annual visit.

This announcement by the SA National Young Wine Show Association (SANWSA) and Porex follows on the glamorous awards dinner of the Show, which was held two weeks ago in Bonnievale. The representatives of Porex who attended the event, were so impressed that they immediately came up with the proposal of such a sponsorship.

The cellarmasters of Flagstone and Badsberg will be undertaking the trip to Germany in November, where they will visit a well-known fermentation company and filtration plant, as well as several wine cellars. They will also attend the international BrauBeviale show for the beverage industry in Nuremberg.

Porex’s managing director, Lionel Dickens, said, “We are proud to be part of the SA wine industry, with our suppliers from Germany who are leaders in their field and boost our activities. This includes cellar equipment and fermentation products. To take the Young Wine Show winners overseas can only be to everybody’s benefit.”

“Porex SA (Pty) Ltd is an experienced, well-established company based in Paarl that supplies equipment and products to the wine, beer and beverage market. With more than 20 years’ experience, we are one of the leading companies in South Africa through our German and Italian suppliers. Our staff consists of technical and commercial sales people, alongside the equipment technicians for installation, commissioning and after-sales,” he added.

Porex are agents for the selected German suppliers Rotovib, Willmes Press, Flottweg and Erbslöh and with Cadalpe from Italy.

According to Christo Pienaar, chairperson of the SANWSA which organises this competition, the new partnership with Porex is further confirmation of the show’s value – a competition which is one of a kind.

“We are excited about this sponsorship, which reinforces our conviction that the Young Wine Show, the oldest of its kind in the world, remains relevant and has an important role to play in the industry. With support of this kind, strong bridges are indeed built between the industry and its suppliers,” says Pienaar.